How to Deal with a Messy Roommate 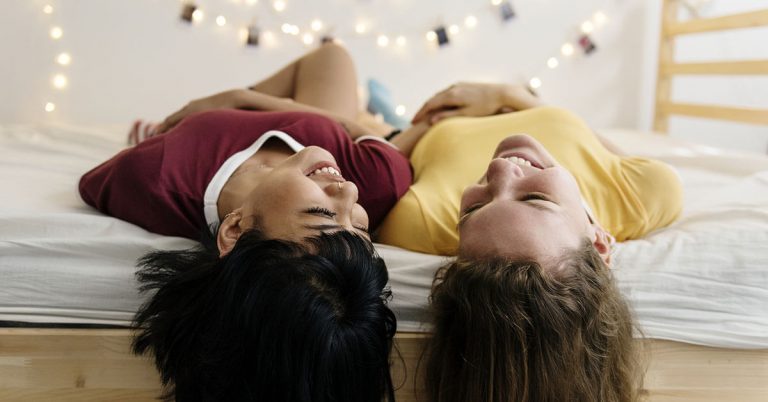 No one likes a messy roommate (except of course other messy people.)

First, let’s look at a worst-case scenario. We knew a girl whose off-campus college roommate had a pet pig. That pig made gigantic messes, but that wasn’t the worst part. The pig also had an appetite for expensive make-up from Sephora, which he would root out and devour.

The moral of that story?

Unless your roommate has a pet pig, your problem is probably fixable.

Tempting as it may be, don’t clean up after your roomie. It may solve the problem in the short term, but it’s won’t help in the long haul. In fact, it’ll just encourage further irresponsibility.

You can, however, wag your finger like your mother does and say, “Who do you think I am? The maid?”

The best way to deal with a messy roommate is to sit him or her down for a talk. With all of the demands of college, timing is critical. Don’t do it when your friend has a big paper due or an exam the next day.

It’s important that you communicate in an encouraging and respectful way. Don’t accuse your roomie of being “disgusting” or “gross,” even if that is true. Tell them you focus better in clean surroundings and that you’d appreciate it if he or she would make an effort to be a bit tidier. Then tell them specific things you would appreciate, such as not leaving empty cans everywhere. Or not leaving globs of toothpaste on the sink.

If your talk gets you nowhere, it’s time to bust out the dreaded chore chart, which can be especially useful for off-campus housing where bathrooms and kitchens have to be cleaned.

And don’t be unreasonable. It is possible that you’re too clean by college standards. If it’s your thing to have windows that sparkle, then you’ll have to clean them.

If your roommate balks at that idea, you could suggest that he or she contribute money and pay for a cleaning service to come in every couple weeks. That won’t fix day-to-day issues like dirty dishes, but it will help keep bathrooms and floors clean.

If all else fails, hop in your time-travel machine and take a closer look at how your friend was living before you decided to room together. If there are empty pizza boxes on the dresser, then don’t ask him or her to be your roommate.

Sorry! But do try and learn from your mistake before selecting any future roomies.

In the meantime, you might have to choose between just gutting out the year and surviving—or continuing to press the issue and making both of you miserable.

Self Storage Near School

Part of the problem with college living is that spaces tend to be small. It could be that renting a self storage unit—even one the size of a closet—would be just what you need to alleviate your space crunch.

Self storage units come in handy at the end of the year, as well. Rather than hauling all your stuff home and down into the basement (if there’s room), consider driving it a few miles down the road. At StorageMart, we offer affordable self storage units that can be rented on a month-by-month basis and are always clean and well lit. Check out our storage unit guide or rent a unit online today.